Know your history. Embrace your letters.

All members of all fraternities and sororities should know and embrace the significance of this photo. It was taken at the Lorraine Hotel in Memphis, Tennessee, the day before Dr. King was assassinated in April 1968.

Greek life is more than just letters, colors, and parties... but often times, the general public does not understand this. The media tends to paint a negative picture of Greeks by focusing on stories of brutal hazing and binge drinking. To combat this negativity, wear your letters with pride and show people through your service that Greeks make a difference and bring about positive change in the world.

Today our nation celebrates the life of Rev. Dr. Martin Luther King, Jr. We must honor and keep his dream alive not just today, but every day.

Today we also witnessed the inauguration of President Barack Obama, the first African-American president of the United States, for his 2nd presidential term. Many Greeks have shown support of President Obama, but it is important to realize that this day would not have been possible without the faith and works of Dr. Martin Luther King, Jr., and other civil rights leaders, that began several decades ago.

The year 2013 marks several commemorative events, including the centennial anniversary of Delta Sigma Theta, a sorority that was very influential in the civil rights movement and responsible for positive change throughout history; the 50th anniversary of the March on Washington; and the 50th anniversary of Iota Phi Theta Fraternity, Inc. - the last member of the "Divine Nine" NPHC Greek organizations.

We can't change our future if we don't know our past, so please internalize this brief but important history lesson. Remember the people and events that came before you as you wear your Greek letters with pride!

By the way, we love this iconic photo of President Obama and Dr. King and wanted to share it with you: 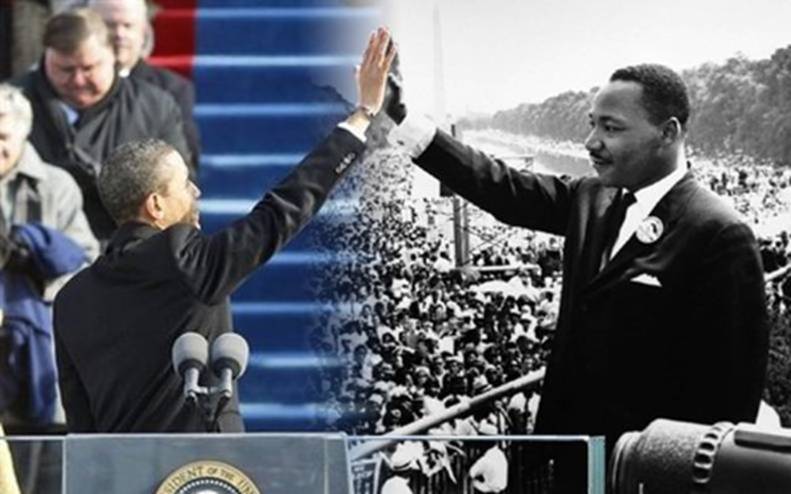